After two busy days at the Motorama Custom Car and Motorsports Expo, and a date with Craig Kamrath at ImageWraps, the Race 4 Trades Mustang is fully complete.

The #Race4Trades Program was developed by Rich Schwartzenburg along with Flamboro Speedway track announcer Gary Colling, to get young people involved in the trades and motorsports. The idea is allow high school children the chance to look at trades as a viable option – whether being a mechanic, electrician, plumber, machinists, welder, etc.

“These are all skills that they learn working on racecars,” Schwartzenburg explained. “So over the years when they start in go-karts, pure stocks, mini stocks, late models, or dirt cars, they learn these skills. Why not put them into a career, something that you enjoy and have fun with? So if you’re having fun with what you do, you never go to work in a day in your life.”

The wrap, designed by Kamrath, is the finishing touch in making the car stand-out and continue to spread awareness about the program while featuring the prominent supporters.

Prior to the car being wrapped, it went from being a bare rolling chassis to a fully built racecar in a matter of two days at Motorama, just a mere couple parts from firing up on the show floor. This was in thanks to a team of 20 individuals coming together on Friday and Saturday.

Throughout the weekend, the project garnered attention from individuals both involved and not involved in the industry. Several high school students in attendance spoke to those involved about how to become involved in the trades, while others were shocked at the idea of building a racecar at the show. Constance Nunes from Car Masters: Rust to Riches on Netflix even stopped by throughout the weekend, intrigued by the initiative.

“You have companies like NAPA and Mister Transmission that can’t get enough trades people into their programs,” Schwartzenburg commented. “When I sat down with NAPA, they talk about a program where they can take a high school kid and plan it out for them to become a trades person to a franchise owner for NAPA Auto Pro Centre.

“So this is what you have to do; you have to reach kids in high school. If they branch out into other things, leave the motorsports things, you don’t come back. When you play hockey as a kid, you may join a beer league when you get older, but it’s not the same. This stuff is too hard to get back into after you leave so we have to keep the kids interested.”

Each of these events continue to show the growth of the division through the past couple years, thanks in big part to Schwartzenburg’s involvement with the Ontario Mini Stock Group on Facebook. You can check out the group athttps://www.facebook.com/groups/460859904016728/.

The car will also help others involved in motorsports, with Schwartzenburg looking for a group of five or six people to take a chance behind the wheel at Flamboro Speedway.

“They could be coming up from go-karts thinking about getting into a full-bodied racecar, or have possibly come from dirt and want to try asphalt, or have a pure stock background, or from a family that has priced themselves out of this sport,” he commented. 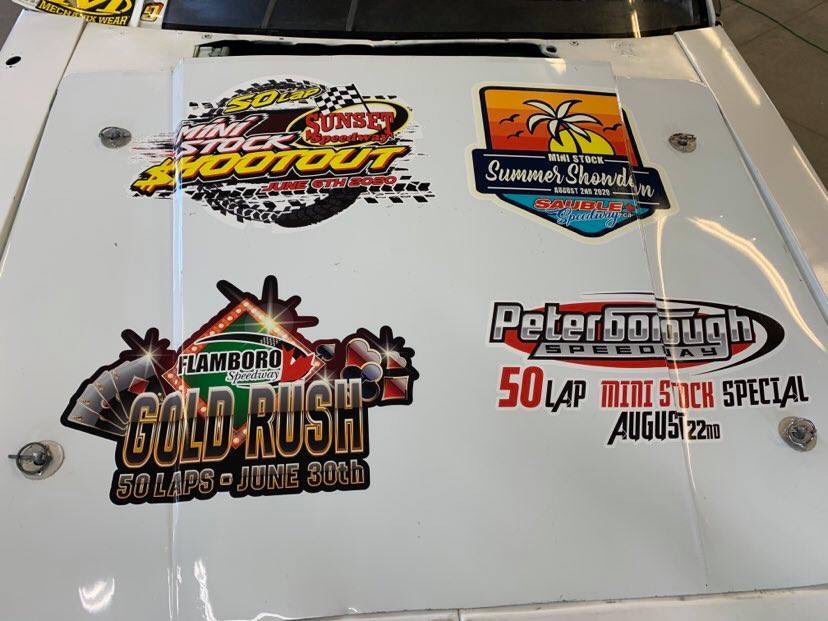 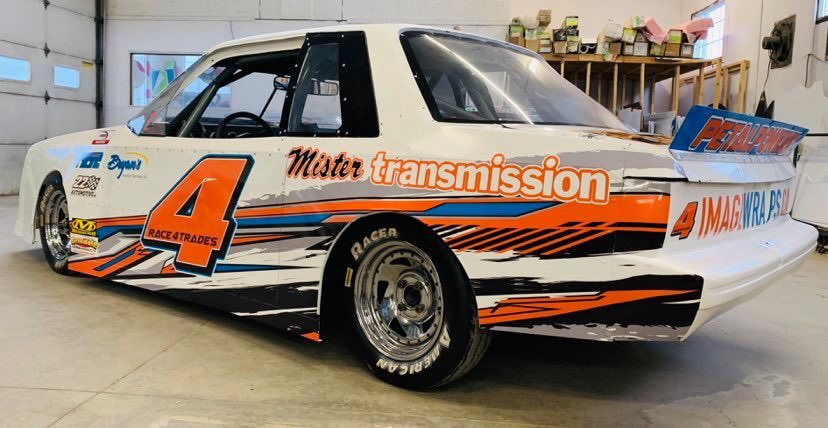